A husband-and-wife duo have opened their newest restaurant downtown — just in time for the 2017 Super Bowl.

Chef Hugo Ortega and his wife, restaurateur Tracy Vaught, opened Xochi on Jan. 27 on the ground floor of the Marriott Marquis, which is serving as the official headquarters for the National Football League. The hotel, which overlooks Discovery Green at 1777 Walker St., opened in December.

Xochi — from Xochitl, the goddess of the flowers — means to bloom or catch fire. The restaurant’s menu incorporate themes from Oaxaca, the culinary capital of Mexico. 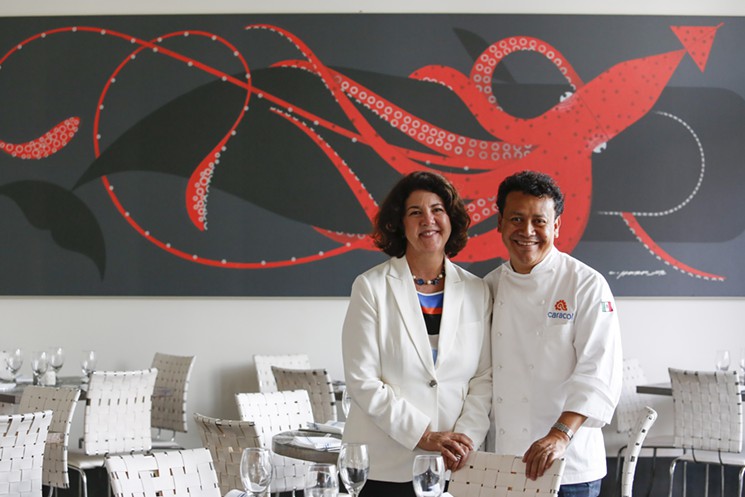 Tlayudas, the iconic street food dish of Oaxaca, is another menu item. Thin Oaxacan tortillas will be offered with various toppings – from beef to pork to mushroom – and cooked over wood in the horno. Tacos, tamales, memelas (toasted masa pancakes with roasted pork rib), tetelas (triangular blue masa envelopes filled with cheese) and other street food classics will be served.

Insects, delicacies in Mexico, will be found on the menu in dishes such as the queso del rancho, which is housemade queso de cincho with chicharrones, three insects and guacamole.